PARTY GOALS
1) Financial liberty: interest-free UNILETS bank account for every
citizen from birth. Check out my online facebook timebank account at
https://www.facebook.com/john.turmel/about?section=relationship&pnref=about
You can start your own UNILETS Timebank account with your Facebook ID:
http://johnturmel.com/unilets with paper IOU notes
and lay the keel of your own personal online financial timebarter lifeboat.
If not, do nothing and drown, you weren't worth showing how to get
ready to face the oncoming shortage of money.
2) Personal liberty: gambling, prostitution, drugs offences removed from
Criminal Code and treated by doctors, not police.

I want cops out of gambling, sex, and drugs and rock & roll,
I want no usury on loans. Pay cash or time, no dole.

12) TURN RADIOACTIVITY DETECTORS BACK ON
http://www.hc-sc.gc.ca/hc-ps/ed-ud/respond/nuclea/_data/nrcan-rncan-eng.php
Health Canada has turned off their fallout detectors. The page used to say:
"Please note that as of March 25, 2011, the frequency of data collection
by NRCan using the mobile surveys has been decreased due to the low levels
of radiation being detected."
"Turn off your smoke detectors due to the low level of fires detected?"
Sounds like the detectors were blown and the stupid lie is lawying to stop a panic.

The Abolitionist Party favors the abolition of interest rates, the
chains of financial slavery, by the national and international use of
the world-famous interest-free Local EMPLOYMENT Trading System,
"LET$" by the United Nations as a UNILETS agency. This public
domain barter banking software would replace the interest-bearing
programs currently being used on the computers of all orthodox banks.

The federal Government has given our money plates to the banks and
now taxes all of us over $1000 per person per month to pay the private
plate-holders. That is approximately $320 thousand million dollars a
year in our name. The Abolitionist Party would get back your $1000 a
month by taking away the plates from the banks, having the Treasury
operate them under the LETS program, and dividing up the interest
saved to give each citizen a monthly $1000 dividend over and above
any other income just as if you owned one non-transferable share in
the Corporation of Canada. A family of 5 would receive $5,000 a month;
$60,000 a year. Only rich people used to receive dividends but with
government use of the LETS program and the plates, all citizens would
benefit.
Do not fear the robot taking your job as long as they put your share of
the robot paychecks into your Dividend account.

The Canadian Treasury would also make interest-free loans of Treasury
money for the purchase of homes and "big ticket items". The items
themselves would be collateral for the loans. Why pay interest on a
house when there is no risk at all of the house is properly insured?
It can't run away. All Canadians would borrow Treasury money to
purchase big-ticket items with only the requirement that they pay back
the principal as fast as the asset depreciates. A $150,000 house
estimated to last 50 years would cost $,3000 a year or $250 per month,
plus upkeep. With the asset itself as the only necessary collateral
for a loan and no interest on the loan, affordable housing would be
available for everyone.

It would also permit a reverse mortgage as offered by various
financial institutions but without any interest. Our LET$program
allows the aged to stay in the home that they love instead of being
shipped off to the state home and losing their dignity. We allow the
home-owner to trade their equity for services that they can no longer
perform themselves. This process also allows for services such as snow
removal, lawn care, handyman, companions, health and nursing needs.
When the aged can no longer stay in their homes, we balance accounts
and find more suitable care.

The Abolitionist Party SELF-INSURANCE PROGRAM is the same
software as the DIVIDEND PROGRAM. Instead of dividing up the
interest diverted from the banks, it would divide up losses due to
accidents just like the old "barn-raising" custom where neighbours
helped rebuild the barn of a fire victim. Once members are financially
connected on a LETS database, self-insurance would be immediately
possible. Starting small, it would be trivial for members to register the
value of the "deductible" portion of their automobile insurance and
share the pro-rated burden of any individual victim. With a large
enough database of members, it would be possible to self-insure the
"collision" portion.
With a very large database, it would even be possible to self-insure
housing! If there was a $200,000 fire with 10 million people on the
LETS database, we would key in the value of the fire with the name of
the victim and let the computer collect 2 cents each and deposit it
into the victim's account. Today, we pay premiums in case we burn.
This program would let us pay as we burn, not up front. If there were
no fires, the program would not be used and there would be no
premiums.

Since everyone would have a Treasury account to receive the monthly
dividend, the Abolitionist Party would credit government checks
directly to that account. This would leave more money in the hands of
the people while effectively putting the "discount-cheque-cashing"
merchants out of business.

For government to recuperate monies spent with minimum interference
in the free enterprise system, income tax and G.S.T. would be abolished
and replace by a tax on assets where the person with the most pays the
most.

The courts of Canada have interpreted the electoral legislation to
permit the media to offer preferential treatment to candidates of
their choice in the division of gratis broadcast time. All candidates
and parties should be treated "THE SAME." The Abolitionist Party
would abolish media control of access to communications and
enshrine the right of all candidates and parties to identical access
to the media including the dead time on Parliamentary channel off-hours.

8) ABOLITION OF THE SENATE:

Ministers of Parliament, elected by the people of Canada, with the
House of Commons procedures can resort to the referendum
formula and allow the people to decide.

The other parties have no money and so just keep piling up the
radioactive nuclear waste they don't know how to get rid of. The
Abolitionist Party will make interest-free funds available for the
development of solar energy, wind energy, geothermal energy,
bio-mass energy, cold fusion, and any other clean energy source.

With lots of radioactive fallout on the way and no way to stop it
getting into our bodies where it burns out the kill switch in cells to
allow uncontrolled growth of tumors, the cheapest way to kill
cancer is to ingest cannabis which they've known kills cancer for
the past 40 years. Vote for one of the prohibitionist parties and
you deserve to die.

The most important bio-mass source is hemp. Hemp plants grow
into 6 to 20 foot mini-trees in only four months thereby producing
more bio-mass and converting more carbon-dioxide into oxygen
than any other known plant. It produces four times more material
than trees and burning plants liberates no sulphur into the air. Hemp
was the earth's largest agricultural crop needing no chemical
fertilizers or insecticides.

Before the hemp mini-tree was prohibited under the alien name
"marihuana" because smoking the leaves caused mild sedation, hemp
was used world-wide to produce most of man kind's fuel, fibre, fabric,
lighting oil, paper, paints, varnishes, fertilizers, medicines as well
as being a primary source of protein for humans and animals alike. All
our fossil-based plastic products could be produced out of clean agri-
chemicals from hemp rather than dirty petro-chemical coal and oil.
Though best known for its medicinal effects on asthma and glaucoma,
hemp extracts were also used for nausea, tumors, epilepsy, infection,
stress, migraine headaches, depression and many other ailments.

Hemp is the super vegetable source needed to satisfy all mankind's
heeds and save the planet. Considering the destructive effects of
legally-sanctioned alcohol and that there has never been a recorded
death due to hemp tipsiness, it seems the non-lethal danger from hemp
smoking is insignificant compared to the lethal danger to our planet
of not cultivating our greatest vegetable bio-mass source. The
Abolitionist Party favors the immediate abolition of prohibition laws
against hemp vegetation growth and the funding of the conversion
from any dirty energy sources.

Non-technical issues would be settled by yearly citizen-initiated
referenda. After an end to poverty, questions like abortion, capital
punishment, gun control, would take on different dimensions.

These are the eleven programs that any Abolitionist Party would deliver
with the financial software revolution. All that is needed are good
programs running government databases. And John "The Banking
Systems Engineer" Turmel's Seal of  Approval on the design. 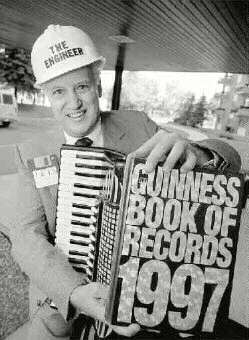 Would you support a party that will get the license to manufacture
money back from the banks and use the LETS program to divert the
interest to your $1000 monthly dividend? If so, get involved.

"Plates for the People... Dividends for ALL!